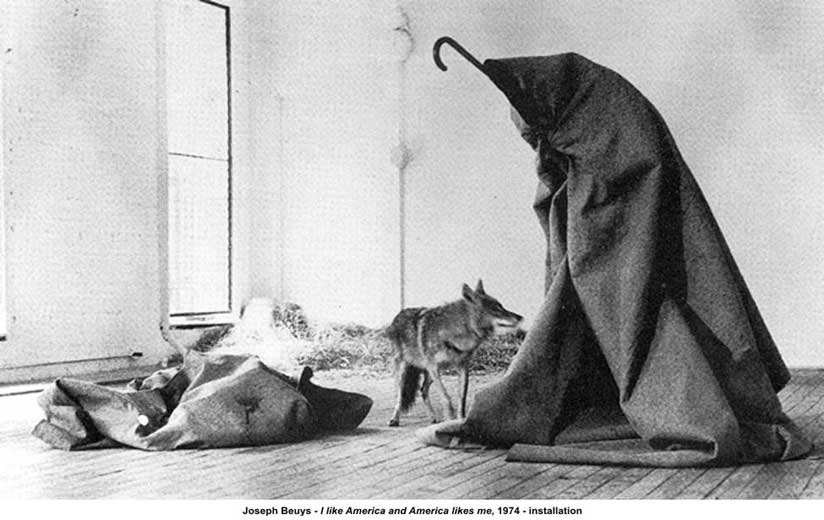 Since the 60s, Shamanism has spread into the mainstream notion of spirituality and become creative inspiration for artists in very field.
In I Like America and America Likes Me (1974), German artist Joseph became one the pioneers of artists who adopted the character of shamans within their work.
His reknown “action” took place at the Rene Block Gallery at 409 West Broadway in New York where, for three days, he lived and interacted with a coyote in a cage.
According to Beuys, during the second world war when he served as a German pilot, he was shot down over the Crimea.
He then was saved by a group of indigenous people who covered him in animal fat and felt, gave him shelter and looked after him until he recovered.
In relation to his, we can see felt and fat becoming a reoccurring elements in his works, symbolizing survival and being primitive.
Posted by Oat at 10:41